Jack P. Greene is Andrew W. Mellon Professor in the Humanities at The Johns Hopkins University. He has published extensively, and his books include Peripheries and Center: Constitutional Development in the Extended Polities of the British Empire and the United States, 1607-1783; Landon Carter: An Inquiry into the Personal Values and Social Imperatives of the Eighteenth-Century Virginia Gentry and Pursuits of Happiness: The Social Development of the Early Modern British Colonies and the Formation of American Culture. 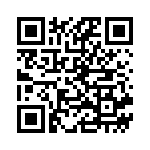