Seite 22 - I have lived, sir, a long time ; and the longer I live, the more convincing proofs I see of this truth, that GOD governs in the affairs of men. And, if a sparrow cannot fall to the ground without his notice, is it probable that an empire can rise without his aid ? We have been assured, sir, in the Sacred Writings, that, 'except the Lord build the house, they labor in vain that build it.
Wird in 712 Büchern von 1809 bis 2008 erwähnt
Seite 15 - Take but degree away, untune that string, And, hark what discord follows! each thing meets In mere oppugnancy: the bounded waters Should lift their bosoms higher than the shores And make a sop of all this solid globe: Strength should be lord of imbecility, And the rude son should strike his father dead: Force should be right; or rather, right and wrong, Between whose endless jar justice resides, Should lose their names, and so should justice too.
Wird in 959 Büchern von 1788 bis 2008 erwähnt
Mehr
Seite 14 - In such condition there is no place for industry, because the fruit thereof is uncertain, and consequently no culture of the earth, no navigation nor use of the commodities that may be imported by sea, no commodious building, no instruments of moving and removing such things as require much force, no knowledge of the face of the earth; no account of time, no arts, no letters, no society, and, which is worst of all, continual fear and danger of violent death, and the life of man solitary, poor, nasty,...
Wird in 1328 Büchern von 1651 bis 2008 erwähnt
Seite 99 - The executive not only dispenses the honors, but holds the sword of the community. The legislature not only commands the purse, but prescribes the rules by which the duties and rights of every citizen are to be regulated. The judiciary, on the contrary, has no influence over either the sword or the purse; no direction either of the strength or of the wealth of the society; and can take no active resolution whatever. It may truly be said to have neither FORCE NOR WILL, but merely judgment; and must...
Wird in 359 Büchern von 1817 bis 2008 erwähnt
Seite 22 - In this situation of this assembly, groping as it were in the dark to find political truth, and scarce able to distinguish it when presented to us, how has it happened, sir, that we have not hitherto once thought of humbly applying to the Father of lights to illuminate our understandings?
Wird in 323 Büchern von 1818 bis 2008 erwähnt
Seite 38 - In order to lay a due foundation for that separate and distinct exercise of the different powers of government, which to a certain extent, is admitted on all hands to be essential to the preservation of liberty, it is evident that each department should have a will of its own...
Wird in 435 Büchern von 1817 bis 2008 erwähnt
Seite 7 - NATURE hath made men so equal in the faculties of body and mind as that, though there be found one man sometimes manifestly stronger in body or of quicker mind than another, yet when all is reckoned together the difference between man and man is not so considerable as that one man can thereupon claim to himself any benefit to which another may not pretend as well as he.
Wird in 457 Büchern von 1651 bis 2008 erwähnt
Seite 23 - Hand which conducts the affairs of men more than the people of the United States. Every step by which they have advanced to the character of an independent nation seems to have been distinguished by some token of providential agency. And in the important revolution just accomplished in the system of their united government, the tranquil deliberations and voluntary consent of so many distinct communities, from which the event has resulted, cannot be compared with the means by which most governments...
Wird in 274 Büchern von 1790 bis 2008 erwähnt
Seite 18 - If men were angels, no government would be necessary. If angels were to govern men, neither external nor internal controls on government would be necessary. In framing a government which is to be administered by men over men, the great difficulty lies in this: you must first enable the government to control the governed; and in the next place oblige it to control itself.
Wird in 1148 Büchern von 1798 bis 2008 erwähnt
Weniger 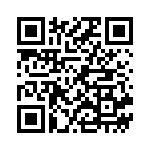