Seite 427
writing of old in the Highlands or Hebrides , in the Erse language , produce the
manuscripts . Where men write they will write to one another , and some of their
letters , in families studious of their ancestry , will be kept . In Wales there are
many ...
Seite 440
It was a maxim with him that a inan should not let himself down , by speaking a
language which he speaks imperfeetly . Indeed , we must have often observed
how ioferior , how much like a child , a man appears , who speaks a broken
tongue .
Seite 445
In the plan of entailing the estate , I heartily concurred with him , though I was the
first to be restrained by it ; but we unhappily differed as to the series of beirs
which should be established , or , in the language of our law , called to the ...
Seite 464
If my antagonist writes bad language , though that may not be essential to the
question , I will attack him for his bad language . Adams , You would not jostle a
chimney - sweeper . Johnson . Yes , Sir , if it were necessary to jostle bim down .
Seite 481
... him express great disgust . Johnson had with him upon this jaunt , “ Il
Palmerino d ' Inghilterra , " a romance praised by Cervantes ; but did not like it
much . He said , he read it for the language , by way of preparation for his Italian
expedition .
Weiter » 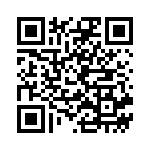