David Bevington is Phyllis Fay Horton Professor in the Humanities at the University of Chicago. He has edited the Complete Works of Shakespeare in a single volume for HarperCollins (now Longman) and in individual paperbacks for the Bantam Shakespeare, as well as King Henry IV Part 1 (Oxford University Press) and Antony and Cleopatra (New Cambridge Shakespeare). He is the editor of Medieval Drama. His many other publications include From 'Mankind' to Marlowe, Tudor Drama and Politics, and Action is Eloquence: Shakespeare's Language of Gesture. 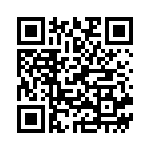