Govind P. Agrawal was born on July 24, 1951 in the town of Kashipur of the Nainital district in U.P. He received his B.Sc. degree from the University of Lucknow in 1969 with honors. He was awarded a gold medal for achieving the top position in the university. Govind joined the Indian Institute of Technology at New Delhi in 1969 and received the M.Sc. and Ph.D. degrees in 1971 and 1974, respectively.After holding positions at the Ecole Polytechnique (France), the City University of New York, and the Laser company, Quantel, Orsay, France, Dr. Agrawal joined in 1981 the technical staff of the world-famous AT&T Bell Laboratories, Murray Hill, N.J., USA, where he worked on problems related to the development of semiconductor lasers and fiber-optic communication systems. He joined in 1989 the faculty of the Institute of Optics at the University of Rochester where he is a Professor of Optics. His research interests focus on quantum electronics, nonlinear optics, and optical communications. In particular, he has contributed signnificantly to the fields of semiconductor lasers, nonlinear fiber optics, and optical communications. He is an author or coauthor of more than 250 research papers, several book chapters and review articles, and four books entitled "Semiconductor Lasers" (Van Nostrand Reinhold, 2nd ed. 1993), "Nonlinear Fiber Optics" (Academic Press, 3rd ed. 2001), "Fiber-Optic Communication Systems" (Wiley, 2nd ed. 1997), and "Applications of Nonlinear Fiber Optics" (Academic Press, 2001). He has also edited the books "Contemporary Nonlinear Optics" (Academic Press, 1992) and "Semiconductor Lasers: Past, Present and Future" (AIP Press, 1995). The books authored by Dr. Agrawal have influenced an entire generation of scientists. Several of them have been translated into Chinese, Japanese, Greek, and Russian. 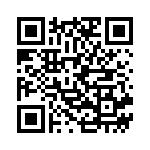