David Lavender lives in California. David J. Wishart is a professor of geography at the University of Nebraska?Lincoln and the author of The Fur Trade of the American West: A Geographical Synthesis, also a Bison Book. 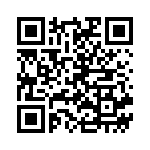