This book aims to look at stories that the author feels have taken on the same function as myths in the ancient world, covering seven stories ranging from Robinson Crusoe to Batman, via Frankenstein ... Consulter l'avis complet

I thank the publishers for a free copy of this book. This is my honest review. This was a very readable exploration of literature from the 19th and 20th century which the author argues contain ... Consulter l'avis complet

Philip Ball is a freelance writer and broadcaster, and was an editor at Nature for more than twenty years. He writes regularly in the scientific and popular media and has written many books on the interactions of the sciences, the arts, and wider culture, including H2O: A Biography of Water, Bright Earth: The Invention of Colour, The Music Instinct, and Curiosity: How Science Became Interested in Everything. His book Critical Mass won the 2005 Aventis Prize for Science Books. Ball is also a presenter of Science Stories, the BBC Radio 4 series on the history of science. He trained as a chemist at the University of Oxford and as a physicist at the University of Bristol. He is the author, most recently, of How to Grow a Human: Adventures in How We Are Made and Who We Are, also published by the University of Chicago Press. He lives in London. 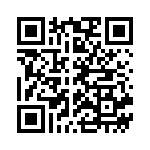