Although somewhat tedious at times, Mr Guelzo's book not only offers firsthand accounts of the two Senatorial candidates, this work also sheds light on both men as people. Sprinkled throughout the ... Vollständige Rezension lesen

LINCOLN AND DOUGLAS: The Debates That Defined America

Allen C. Guelzois the Henry R. Luce Professor of the Civil War Era at Gettysburg College, where he also directs the Civil War Era Studies Program and The Gettysburg Semester. He is the author ofAbraham Lincoln: Redeemer President(1999) and Lincoln'sEmancipation Proclamation: The End of Slavery in America(2004), both of which won the Lincoln Prize. He has written essays and reviews forThe Washington Post,The Wall Street Journal,Time, theJournal of American History, and many other publications. 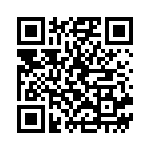