Mitchell Greenberg is professor of French Literature at Cornell University in New York. He was the author of, among other books, Subjectivity and Subjugation in Seventeenth-Century Drama and Prose: The Family Romance of French Classicism (1992). 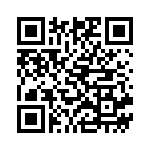