When the National Theatre needed a last-minute substitute for a canceled production of As You Like It, Kenneth Tynan decided to stage Rosencrantz and Guildenstern Are Dead, a work by an unfamiliar author that had received discouraging notices from provincial critics at its Edinburgh Festival debut. Of course, the play, when it opened in April 1967, met with universal acclaim. In New York the next year, it was chosen best play by the Drama Critics Circle. In such an unlikely way, Tom Stoppard came to light. Born in Czechoslovakia, a country he left (for Singapore) when he was an infant, he began his literary career as a journalist in Bristol, where play reviewing led to playwriting. After Rosencrantz and Guildenstern, Stoppard's reputation suffered through the production of a number of minor works, whose intellectual preoccupations were shrugged off by reviewers: Enter a Free Man (1968; "an adolescent twinge of a play," N.Y. Times), The Real Inspector Hound (1968; "lightweight," N.Y. Times), and After Magritte. But in the 1970s, the initial enthusiasms aroused by Rosencrantz and Guildenstern were more than vindicated by the production of two full-length plays, Jumpers (1974) and the antiwar play Travesties (1975), whose immense verbal and theatrical inventiveness made them absolute successes on both sides of the Atlantic. Stoppard's method from the start has been to contrive explanations for highly unlikely encounters---of objects (the ironing board, old lady, and bowler hat of After Magritte), characters (Joyce, Lenin, and Tzara in Travesties), and even plays (Hamlet, Rosencrantz and Guildenstern, The Importance of Being Earnest, Travesties, and The Real Thing, 1982). In the 1970s, Tynan called for Stoppard---as a Czech and as an artist---to engage himself politically. But although political subjects have since found their way into pieces from Every Good Boy Deserves Favor (1977) to Squaring the Circle (1985), politics and art seem to have become just two more of the playwright's irreconcilables, which meet, but never join, in the logical frames of his comedy. The presence of political material---such as the Lenin sections that nearly ruin the second part of Travesties---has occasionally strained the structure of the plays. But in The Real Thing Stoppard is comfortable enough with the satire on art and activism to bring a third subject, love, into the mix. Stoppard has acknowledged his Eastern European heritage nonpolitically, in a series of adaptations of plays by Arthur Schnitzler (see Vol. 2), Johann Nestroy, and Ferenc Molnar. 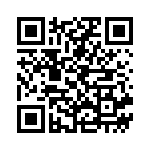