John Addington Symonds was born in Bristol on 5 October 1840. Symonds attended first a private tutor's in Clifton, then to Harrow, then to Balliol and later to Magdalen. In 1860 he took a first in " Mods," and won the Newdigate with a poem on The Escorial; in 1862 he was placed in the first class in Literae Humaniores, and in the following year was winner of the Chancellor's English Essay. In 1862 he had been elected to an open fellowship at Magdalen. The strain of study unfortunately proved too great for him, and, immediately after his election to a fellowship, his health broke down, and he was obliged to seek rest in Switzerland. Symonds was plagued by ill health, and he would die of tuberculosis at the age of 52. During his last term at Oxford, in 1863 his health collapsed altogether, partly due to stress caused by the spread of rumours that he was having a homosexual affair with one of the students. His academic career was at an end, and for three years he was unable to do any work. He thought he might study law, but in 1865 it was discovered that his left lung was diseased, and after a complete rest it was decided that he could never follow a profession, but would have to go to a warmer, climate and become a writer. He spent the rest of his years between Switzerland and Venice, Italy. For many years Symonds's energy was wasted by trying to suppress his homosexuality. Essentially he wished to make homosexuality acceptable, both to himself and to society by idealizing it in his works. It is for his studies in the history of art that Symonds has been most highly praised and remembered, as well as his Rennaissance work. John Addington Symonds died at Rome on April 8, 1893. 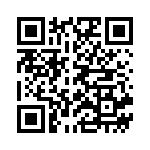