Seite 36
The members of the Legislature shall , before they enter upon the duties of their
respective offices , take or subscribe the fol . lowing oath or affirmation : “ I do
solemnly swear ( or affirm , as the case may be ) that I will support the
Constitution of ...
Seite 39
In case of the failure to qualify , the impeachment , or conriction of treason , felony
, or other infamous crime of the Governor , or his death , remoral from office ,
resignation , absence from the State , or inability to discharge the powers and
duties ...
Seite 40
They shall also constitute a board of examiners , with power to esamine all claims
against the State , except salaries or compensation of officers fired by law , and
perform such other duties as may be prescribed by law . And no claim against ... 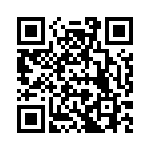