David Bindman is Durning-Lawrence Professor of the History of Art at University College London. He is the author of several books on William Hogarth and William Blake, the British response to the French Revolution, and on the sculptors Roubiliac and Flaxman. 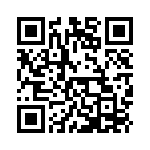