Roy Starrs holds a PhD in Asian Studies from the University of British Columbia (Vancouver) and has taught there as well as at Union College (New York) and Aarhus University (Denmark). He is currently Head of Japanese and Asian Studies at the University of Otago (New Zealand). As a researcher he has spent many years in Japan, including time as a Japan Foundation fellow in 1994/5 and 2000/1. His books include Deadly Dialectics: Sex, Violence and Nihilism in the World of Yukio Mishima; An Artless Art: The Zen Aesthetic of Shiga Naoya; Soundings in Time: The Fictive Art of Yasunari Kawabata. He has also edited a number of books including Asian Nationalism in an Age of Globalization. 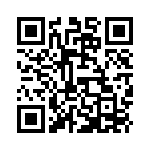