Arthur Oncken Lovejoy, who was educated at the University of California at Berkeley and at Harvard University, taught at several American universities before going, in 1910, to Johns Hopkins University where he taught until his retirement in 1938. His major contributions were in epistemology and the history of ideas. He also helped organize the Association of American University Professors. Lovejoy's earliest philosophical interests were in epistemology and metaphysics. In metaphysics, he was a temporalist, and many of his writings are devoted to the nature of time and to the doctrines of philosophers and scientists on time. He firmly believed in the reality of time, including the reality of past time. Epistemologically, Lovejoy was a critical realist. In this regard, he was one of seven philosophers who contributed to "Essays in Critical Realism" (1920), a major cooperative effort signaling a school of thought that held that knowledge is about an independent reality but is mediated by representations or ideas. This view involves an epistemological dualism, and Lovejoy's book "The Revolt Against Dualism" (1930), is the most penetrating critique of such philosophers as Alfred North Whitehead and Bertrand Russell, who attempted to supplant dualism with monism. It also presents a systematic defense of epistemological dualism and, further, of mind-body, or psychophysical, dualism. Lovejoy was a pioneer in the field of intellectual history. Indeed, he was founding editor of the Journal of the History of Ideas. Lovejoy defined ideas as unit principles that persist through history and that ramify in a variety of fields, requiring cross-disciplinary studies. He himself was an expert practitioner of the method, his own book "The Great Chain of Being" remaining a classic of which contemporary scholars in the field must still take account. 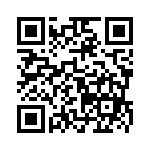