We do not know unless we first measure. Vollständige Rezension lesen

Alistair Croll has been an entrepreneur, author, and public speaker for nearly 20 years. He’s worked on a variety of topics, from web performance, to big data, to cloud computing, to startups, in that time.
In 2001, he co-founded web performance startup Coradiant, and since that time has also launched Rednod, CloudOps, Bitcurrent, Year One Labs, the Bitnorth conference, the International Startup Festival and several other early-stage companies.
Alistair is the author of three books on web performance, analytics, and IT operations, including "Lean Analytics" http://leananalyticsbook.com/, a book on using data to build a better business faster that's due out in March from O'Reilly Media. He lives in Montreal, Canada and tries to mitigate chronic ADD by writing about far too many things at "Solve For Interesting": http://www.solveforinteresting.com. Alistair chairs O'Reilly's Strata Conference.

Benjamin Yoskovitz is a serial entrepreneur with over 15 years of experience in web businesses. The co-founder of Standout Jobs and Year One Labs, he is also an active mentor to numerous startups and startup accelerators. Ben is the author of "Instigator Blog" (instigatorblog.com), and regularly speaks at startup conferences. He's currently VP Product at GoInstant, which was acquired by Salesforce in 2012. 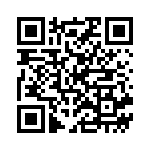