Claudius Proctus is a dilettante who resides in the upper mid-west with his wife and canine. There is nothing particularly exciting or unusual in his biography. However, the political adolescence in this country has resulted in extreme agitation within Mr. Proctus’s psyche, which motivated him to seek an outlet for his anger through writing. Under the current occupant, the total lack of democratic governance is rapidly devolving into maximum social entropy. Since there is no place for rational discourse in our theatre of the absurd, fiction may be the only means to the truth. 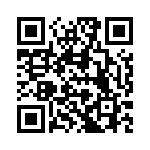