Ira Wolinsky, Ph.D., is Professor of Nutrition at the University of Houston. He received his B.S. degree in chemistry from the City College of New York in 1960 and his M.S. (1965) and Ph.D. (1968) degrees in biochemistry from Kansas University. He has served in research and teaching positions at the Hebrew University (both the Medical School and the Faculty of Agriculture), the University of Missouri, and Pennsylvania State University. He has also conducted research at NASA research centers and served as official consultant in India, the U.S.S.R., Hungary, and Bulgaria., Dr. Wolinsky is a member of the American Society for Nutritional Sciences and the American Society for Clinical Nutrition, among other scientific organizations. He is the editor of the CRC Series on Modern Nutrition, the CRC Series on Nutrition in Exercise and Sport, and co-editor of the CRC Series on Methods in Nutrition Research and the CRC Series on Exercise Physiology., Dr. Wolinsky has contributed numerous nutrition papers in the open literature, coauthored a book on the history of the science of nutrition, and co-edited the CRC volumes Nutritional Concerns of Women and also Sports Nutrition, Vitamins and Trace Elements. His current major research interests include the nutrition of bone and calcium and sports nutrition. 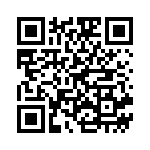