A DEMOCRACY AT WAR: America's Fight at Home and Abroad in World War II

A democracy at war: America's fight at home and abroad in World War II

This book might well be subtitled "How We Won the Second World War in Spite of Ourselves.'' O'Neill, a professor of history at Rutgers University and the author of American High (Free Pr., 1989 ... Vollst‰ndige Rezension lesen

William Lawrence O'Neill was born in Big Rapids, Michigan on April 18, 1935. After graduating from the University of Michigan, he received a doctorate in history at the University of California, Berkeley. He taught at the universities of Pittsburgh, Colorado, and Wisconsin. He taught at Rutgers University from 1971 until his retirement in 2006. He was a historian who examined America's political radicals and its not always wise behavior in war. He wrote several books including The Last Romantic: A Life of Max Eastman, Coming Apart: An Informal History of America in the 1960's, A Better World: The Great Schism: Stalinism and the American Intellectuals, American High: The Years of Confidence 1945-1960, and A Democracy at War: America's Fight at Home and Abroad in World War II. He died from septic shock and pneumonia on March 29, 2016 at the age of 80. 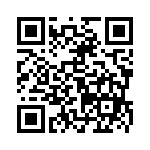