Seite 21
tal shiver ” : “ What was fresh to her mind was worn out to his ; and such capacity
of thought and feeling as had ever been stimulated in him by the general life of
mankind had long shrunk to a sort of dried preparation , a lifeless embalmment of
...
Seite 69
Some critics have read Romola as a fable or allegory or epic that charts the
evolution of Western thought from paganism through Christianity to a Comteian
religion of humanity . More recently , other critics have historicized Eliot ' s attempt
to ...
Seite 130
What does finally bring thought and deed together is Lydgate ' s decision , based
on his observations of the strains in Dorothea ' s marriage , to reveal the strains in
his own : “ Why should I not tell you ? — you know what sort of bond marriage ...

Anna K. Nardo is Alumni Professor of English at Louisiana State University in Baton Rouge. She is the author of Milton's Sonnets and the Ideal Community and The Ludic Self in Seventeenth-Century English Literature. 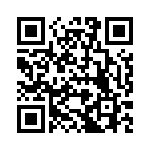