Seite 536
Soon the work of answering Within the papers the name of Wilwas taken up by
the fellow - director , liam Sturdy was figuring in many who , it appeared , was the
managing paragraphs . director , and his answers were neither informative nor ...
Seite 751
The fourth passenger was a rather incoherent person , who appeared at the IV .
last moment : we eventually gathered At the cost of a postscript and an that he
was a professional rival of anticlimax and an explanation , and Venkata Rama ,
who ...
Seite 813
All , however , are well worth reading , not merely by " students , ” but also by
those who care for poetry . ** The Pilgrims of Hope " is a modern story , ma ly in
the metre of “ Sigurd , " which appeared in numbers in the Commonweal in 1885-
6 . 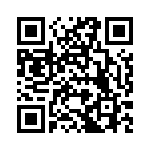