Seite 32 - All things that move between the quiet poles Shall be at my command : emperors and kings Are but obeyed in their several provinces, Nor can they raise the wind or rend the clouds ; But his dominion that exceeds in this Stretcheth as far as doth the mind of man, A sound magician is a mighty god : Here, Faustus, tire thy brains to gain a deity.
Wird in 283 Büchern von 1814 bis 2008 erwähnt
Seite 33 - I'll have them read me strange philosophy And tell the secrets of all foreign kings; I'll have them wall all Germany with brass, And make swift Rhine circle fair Wittenberg; I'll have them fill the public schools with silk...
Wird in 251 Büchern von 1808 bis 2008 erwähnt
Mehr
Seite 174 - Yes, as rocks are, When foamy billows split themselves against Their flinty ribs ; or as the moon is moved, When wolves, with hunger pined, howl at her brightness.
Wird in 165 Büchern von 1744 bis 2004 erwähnt
Seite 108 - Why, gentle boy, I find no fault at all In thy behaviour. Bel. Sir, if I have made A fault in ignorance, instruct my youth : I shall be willing, if not apt, to learn ; Age and experience will adorn my mind With larger knowledge ; and if I have done A wilful fault, think me not past all hope For once. What master holds so strict a hand Over his boy, that he will part with him Without one warning ? Let me be corrected, To break my stubbornness, if it be so, Rather than turn me off; and I shall mend.
Wird in 79 Büchern von 1715 bis 2008 erwähnt
Seite 30 - He surfeits on the cursed necromancy. Nothing so sweet as magic is to him, Which he prefers before his chiefest bliss, And this the man that in his study sits.
Wird in 205 Büchern von 1808 bis 2007 erwähnt
Seite 102 - Do my face (If thou had'st ever feeling of a sorrow) Thus, thus, Antiphila : strive to make me look Like Sorrow's monument ; and the trees about me, Let them be dry and leafless ; let the rocks Groan with continual surges ; and behind me, Make all a desolation.
Wird in 159 Büchern von 1750 bis 2007 erwähnt
Seite 34 - O, no end is limited to damned souls. Why wert thou not a creature wanting soul? Or, why is this immortal that thou hast? Ah, Pythagoras' metempsychosis, were that true, This soul should fly from me, and I be changed Unto some brutish beast.
Wird in 311 Büchern von 1808 bis 2007 erwähnt
Seite 167 - In those unsightly rings - then 'twas a face So far beyond the artificial shine Of any woman's bought complexion, That the uprightest man (if such there be That sin but seven times a day) broke custom, And made up eight with looking after her. O, she was able to ha...
Wird in 92 Büchern von 1808 bis 2006 erwähnt
Seite 84 - For I do mean To have a list of wives and concubines, Equal with Solomon, who had the stone Alike with me ; and I will make me a back With the elixir, that shall be as tough As Hercules, to encounter fifty a night.
Wird in 161 Büchern von 1739 bis 2006 erwähnt
Seite 34 - Stand still, you ever-moving spheres of heaven, That time may cease, and midnight never come; Fair Nature's eye, rise, rise again, and make Perpetual day; or let this hour be but A year, a month, a week, a natural day, That Faustus may repent and save his soul! O lente, lente currite, noctis equi!© The stars move still, time runs, the clock will strike, The devil will come, and Faustus must be damn'd.
Wird in 452 Büchern von 1767 bis 2008 erwähnt
Weniger

Charles Lamb was born in London, England in 1775. He was educated at the well-known Christ's Hospital school, which he attended from age eight to 15. It was there that he met Samuel Taylor Coleridge, who became a lifelong friend; the friendship was to have a significant influence on the literary careers of both men. Lamb did not continue his education at the university, probably because of a nervous condition that resulted in a severe stammer. Instead, he went to work as a clerk, eventually becoming an accounting clerk with the East India Company, where he worked for most of his adult life. However, he continued to pursue his literary interests as well and became well-known as a writer. His best work is considered to be his essays, originally published under the pen name Elia, but Lamb also wrote poetry, plays, and stories for children under his own name. In 1796, Lamb's sister, Mary Ann, went mad and attacked her parents with a knife, killing her mother and wounding her father. She was placed in an institution for a time, but was eventually released into her brother's guardianship. This incident, and later periods when she was institutionalized again, had a great effect on Lamb, who had always been very close to his sister. Charles and Mary Ann Lamb collaborated on several books, including Poetry for Children, Mrs. Leicester's School, and Beauty and the Beast. Probably their best-known collaboration, however, was Tales from Shakespeare, a series of summaries of the plots from 20 Shakespearean plays, which was published in 1807. Charles Lamb died in 1834. 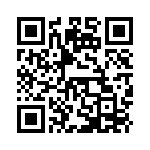