Seite 86
Mrs Glegg felt there was really something in this , but she tossed her head and emitted a guttural interjection to indicate that her silence was only an armistice , not a peace . And , in fact , hostilities soon broke out again .
Seite 158
Had he been at that time singing psalms in the church he would have avoided a broken head . Miss Crow , the daughter of a farmer ; John Giddish , himself a farmer ; Nan Slouch , Esther Codling , Will Spray , Tom Bennet ; the three ...
Seite 176
Sir Pitt in black , Lady Jane in black , and my Lady Southdown with a large black headpiece of bugles and feathers , which waved on her ladyship's head like an undertaker's tray . Sir Pitt had judged correctly , that she would not quit ... 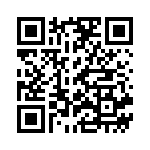