Seite 35
I will gioe her up , sir , only on one condition , " replied Will , “ and that is that Sam
rides her , and not Brownie , for the Oaks . ... and hence , finding that the mare
would be restored on no other terms , it was settled that Sam was to ride Wings .
Seite 90
The four horses were looked over , and Chifney , the moment the sheets were
taken off Escape , begged the Prince ' s permission to ride Baronet instead of him
. Both Neale and Mr . Warwick Lake protested against the change , and declared
...
Seite 388
The issue was a disastrous one ; four of the jockeys - Osborne , W . Rogers ,
Carroll , and Prime - - were suspended from riding during the week by order of
the stewards ; Arthur Wellesley broke down ; Nancy broke her leg , and was shot . 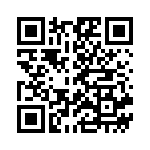