Famous, pithy, and interesting quotes from the famous and not so famous have been collected here and arranged by topic. These topics include: the teacher, the philosophy behind good teaching, words ... Vollständige Rezension lesen

Frank McCourt was born in Brooklyn, New York on August 13, 1930 to Irish immigrant parents. When he was four, his family moved back to Ireland. His father abandoned the family to a life of poverty. He attended school until the age of 14, at which point he was forced to drop out to help support the family. In 1949, he returned to the United States, where he worked odd jobs until being drafted into the U. S. Army during the Korean War. Using the GI Bill, he received a degree in English and education from New York University. He worked at several high schools throughout New York City including McKee Vocational and Technical High School, Seward Park High School, and Stuyvesant High School. During this time, he would occasionally write articles for newspapers and magazines. He retired from teaching in 1994. His first memoir, Angela's Ashes, was published in 1996. It won the National Book Critics Circle award in 1996 and the Pulitzer Prize in 1997. His other memoirs included 'Tis and Teacherman. He died on July 19, 2009 at the age of 78. 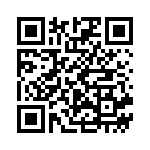