Seite 18 - When Jesus therefore had received the vinegar, he said, It is finished : and he bowed his head, and gave up the ghost.
Wird in 794 Büchern von 1698 bis 2008 erwähnt
Seite 282 - Take but degree away, untune that string, And, hark! what discord follows; each thing meets In mere oppugnancy: the bounded waters Should lift their bosoms higher than the shores, And make a sop of all this solid globe: Strength should be lord of imbecility And the rude son should strike his father dead...
Wird in 560 Büchern von 1799 bis 2008 erwähnt
Mehr
Seite 176 - O curse of marriage, That we can call these delicate creatures ours, And not their appetites! I had rather be a toad, And live upon the vapor of a dungeon, Than keep a corner in the thing I love For others
Wird in 321 Büchern von 1710 bis 2008 erwähnt
Seite 92 - ... the image of Divine Maternity, which so many illustrious painters have vied with one another to represent ; something which should remind him, indeed, but only by contrast, of that sacred image of sinless motherhood, whose infant was to redeem the world.
Wird in 147 Büchern von 1844 bis 2007 erwähnt
Seite 35 - Yes, the newspapers were right, snow was general all over Ireland. It was falling on every part of the dark central plain, on the treeless hills, falling softly upon the Bog of Allen, and farther westward, softly falling into the dark mutinous Shannon waves.
Wird in 156 Büchern von 1922 bis 2007 erwähnt
Seite 223 - Shakespeare included, are poisonous to the idea of the pride and dignity of the common people, the lifeblood of democracy. The models of our literature, as we get it from other lands, ultramarine, have had their birth in courts, and bask'd and grown in castle sunshine; all smells of princes
Wird in 98 Büchern von 1883 bis 2007 erwähnt
Seite 81 - Laughter, when out of place, mistimed, or bursting forth from a disordered state of feeling, may be the most terrible modulation of the human voice. The laughter of one asleep, even if it be a little child, the madman's laugh, the wild, screaming laugh of a born idiot, are sounds that we sometimes tremble to hear and would always willingly forget. Poets have imagined no utterance of fiends or hobgoblins so fearfully appropriate as a laugh.
Wird in 68 Büchern von 1851 bis 2007 erwähnt
Weniger

Born in Pittsburgh, Burke was educated at Ohio State and Columbia universities. During his early career, he became involved with a number of little magazines, including Broom and Secession. He also wrote for The Dial and The Nation as a music critic. His greatest fame, however, has been as a literary critic. Omnivorously eclectic, Burke has found in the analysis of human symbolic activities a key to the largest cultural issues. For Burke, literature is the most prominent and sophisticated form of "symbolic action," one that provides "equipment for living" by allowing us to try out hypothetical strategies for dealing with the endless variety of human situations and experiences. Human society demands some principle of order, but the language and reason that create order can fall into rigid abstractions that can be destructive and violently imposed. Literature shows us an image of sacrifice, forgiveness, and flexibility that plays an important role in keeping society functioning flexibly. Burke's writing is extensive, complex and wide ranging, but also unique and uniquely important among current critical approaches. 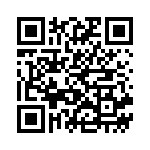