One of 17 children, Benjamin Franklin was born in Boston on January 17, 1706. He ended his formal education at the age of 10 and began working as an apprentice at a newspaper. Running away to Philadelphia at 17, he worked for a printer, later opening his own print shop. Franklin was a man of many talents and interests. As a writer, he published a colonial newspaper and the well-known Poor Richard's Almanack, which contains his famous maxims. He authored many political and economic works, such as The Way To Wealth and Journal of the Negotiations for Peace. He is responsible for many inventions, including the Franklin stove and bifocal eyeglasses. He conducted scientific experiments, proving in one of his most famous ones that lightning and electricity were the same. As a politically active citizen, he helped draft the Declaration of Independence and lobbied for the adoption of the U.S. Constitution. He also served as ambassador to France. He died in April of 1790 at the age of 84.

Walter Isaacson was born on May 20, 1952 in New Orleans, Louisiana. He received a B. A. in history and literature from Harvard College. He then attended the University of Oxford, where he was a Rhodes Scholar at Pembroke College and read philosophy, politics, and economics. He began his career in journalism at The Sunday Times of London and then the New Orleans Times-Picayune/States-Item. He joined TIME in 1978 and served as a political correspondent, national editor and editor of new media before becoming the magazine's editor in 1996. He became Chairman and CEO of CNN in 2001, and then president and CEO of the Aspen Institute in 2003. He has written numerous books including American Sketches, Einstein: His Life and Universe, Benjamin Franklin: An American Life, Kissinger: A Biography, Steve Jobs, and The Innovators: How a Group of Hackers, Geniuses, and Geeks Created the Digital Revolution. He is the co-author, with Evan Thomas, of The Wise Men: Six Friends and the World They Made. 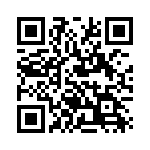