Chester B. Himes was born in Jefferson City, Missouri on July 29, 1909. He attended Ohio State University in Columbus, but was expelled his freshman year for a prank. He began writing short stories and having them published in national magazines such as Abbott's Monthly Magazine and Esquire while in prison for armed robbery. He was paroled after 8 years and eventually joined the Works Progress Administration, where he served as a writer with the Ohio Writers' Project. His first novel, If He Hollers Let Him Go, is about the fear, anger, and humiliation of a black employee at a racist defense plant during World War II and was published in 1945. He moved to Paris, France in the 1950s and then to Moraira, Spain in 1969. He was more popular in Europe than in the United States and primarily wrote about black protagonists plagued by white racism and self-hate. His other works include Lonely Crusade, Pinktoes, Black on Black, The Quality of Hurt, and My Life As Absurdity. He also wrote detective novels set in Harlem, New York City including Run Man, Run, The Real Cool Killers, and Blind Man with a Pistol. He won the 1958 Grand Prix de LittÕrature PoliciÒre and the 1982 Columbus Foundation award. He died on November 12, 1984 from Parkinson's Disease. 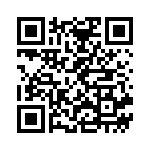