A massive tome that, although abridged, still packs a punch. This has all the things to like about the unabridged version. The chapters dive into the mythologies and symbology that ancient societies ... Vollständige Rezension lesen

The Golden Bough is a book most often encountered in bibliographies. If you have ever read a book of comparative religion it was probably lurking quietly, or not so quietly in the works cited. If one ... Vollständige Rezension lesen

Sir J. G. Frazer (1854-1941) was fellow of Trinity, Cambridge, and appointed to the first named Chair of Social Anthropology in Liverpool. Robert Frazer is Directer of Studies in English at Trinity College, Cambridge. He is the author of The Making of `The Golden Bough' and Sir James Frazerand the Literary Imagination, both for MacMillan in 1990) 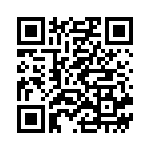