Neil Smith is one of the most senior figures in British linguistics. He is Professor of Linguistics in the Department of Phonetics and Linguistics at University College London, and has been Head of the Linguistics Section of the Department since 1972. He is the author of numerous books and articles, including The Twitter Machine (Blackwell, 1989), The Mind of a Savant (with Ianthi Tsimpli, Blackwell, 1995), Chomsky: Ideas and Ideals (1999, 2004) and Language, Bananas and Bonobos (Blackwell, 2002). He was elected Fellow of the British Academy in 1999 and an Honorary Member of the LSA in 2000. 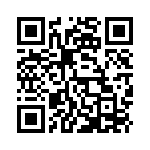