Seite 3
... were spending abroad 700 million l . a year more than we were earning , the
position has so improved that there is little doubt that by the end of the year (
1952 ) we shall be in balance with the dollar countries and with the world as a
whole .
Seite 214
When he was out for a walk , “ there would flow into my mind with sudden and
unaccountable emotion , sometimes a line or two of verse , sometimes a whole
stanza at once , accompanied by a vague notion of the poem they were destined
to ...
Seite 271
To integrate is to render whole , all of a piece , unflawed , as , in fact , its
etymology shows . To integrate comes from integratus ( stem integrat - ) , past
participle of integrare , to make whole : integrare comes from integer ( whence
also , via ... 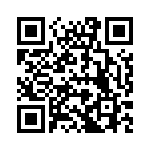