SALMAN RUSHDIE is the author of fourteen novels--including Luka and the Fire of Life; Grimus; Midnight's Children (for which he won the Booker Prize and the Best of the Booker); Shame; The Satanic Verses; Haroun and the Sea of Stories; The Moor's Last Sigh; The Ground Beneath Her Feet; Fury; Shalimar the Clown; The Enchantress of Florence; Two Years, Eight Months, and Twenty-Eight Nights; The Golden House; and Quichotte--and one collection of short stories: East, West. He has also published four works of non-fiction--Joseph Anton, The Jaguar Smile, Imaginary Homelands, and Step Across This Line--and coedited two anthologies, Mirrorwork and Best American Short Stories 2008. He is a member of the American Academy of Arts and Letters and a Distinguished Writer in Residence at New York University. A former president of PEN American Center, Rushdie was knighted in 2007 for services to literature. 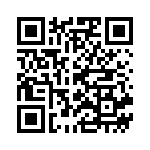