Brittany Kaiser holds degrees in human rights law and international relations from the University of Edinburgh, the University of London’s Birkbeck College and London’s Middlesex University. She is the founder of the #OwnYourData campaign and cofounder of the Digital Asset Trade Association (DATA), a nonprofit lobbying firm advancing legislative and policy reform to protect the rights of individuals to control their own digital assets. To raise awareness of data rights, she recently cofounded the Own Your Data Foundation, to promote digital literacy and STEM education. Brittany is also the primary subject of the Netflix Original documentary The Great Hack, which premiered at the Sundance Film Festival. 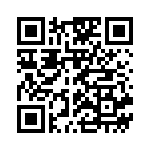