Seite 569
He were presented to both Houses of Parliament also wrote a letter to Lord G. , fully explainfrom Protestant Dissenters , praying for the ing lis sentiments . On the 29th of Dec. repeal of the Test AND CORPORATION Acts . ] ( said Mr.
Seite 7
The STANDARD OF IRELAND , THE STANDARD OF SCOTLAND , borne by Lord Beresford . borne by the Earl of Lauderdale . The Bishops of England and Ireland , in their rochets , with their caps in their hands . Two Heralds , in their tabards and ...
Seite 9
The King , altended bearers , with Deputy Garter , the Lord by the two Bishops his supporters , Lyon , the Lord Mayor of London , and the Dean of Westminster , and the Black Rod , standiog about the King's Noblemen bearing the Regalia ... 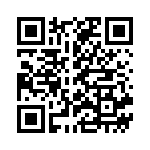