Marie-Laure Ryan is an independent scholar and former software consultant. A Guggenheim Fellowship recipient, she is the author of Possible Worlds, Artificial Intelligence, and Narrative Theory and the editor of Cyberspace Textuality: Computer Technology and Literary Theory and the forthcoming Narrative Across Media: The Languages of Storytelling. 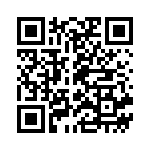