A distinguished historian, humanist, and classical scholar, Lorenzo Valla was also the author of several works of philosophical importance. Born in Rome, he counted among his teachers Leonardo Bruni and the great humanist educator Vittorino da Feltre. He was ordained a priest in 1431, taught rhetoric briefly, then traveled through northern Italy before accepting a position as secretary to Alfonso I, King of Naples, with whom he remained for more than a decade. In 1448 he moved to Rome and accepted a position as a papal notary. Valla's most renowned scholarly accomplishment was his exposure of the famous "Donation of Constantine" as a forgery. This document had long been cited in support of papal claims to temporal authority in Italy; Valla's careful analysis showed it to be spurious. His Elegantiae, composed between 1435 and 1444 and first published in 1471, set the standard of correct Latin style for generations. As a philosopher he is remembered for the dialogue On Pleasure, also known as On the True Good (c.1434), which defends pleasure---interpreted as the beatitude to be enjoyed by Christians in the life to come---as the highest good, rejecting the Stoic ideal of virtue. His On Free Will deals with the apparent conflict between divine foreknowledge and human freedom, rejecting the standard medieval solution derived from Boethius and proposing Valla's own, which Leibniz would later praise. He criticizes scholastic theology and expresses reservations about reason's capacity to provide answers to ultimate metaphysical questions. In his Dialectical Disputations, Valla mounted an attack on Aristotelian logic and put forward his own novel alternative based on classical Latin usage. Valla serves as an example of a Renaissance humanist whose philosophical interests carried him beyond a merely stylistic rejection of medieval scholasticism. The Renaissance Philosophy of Man, edited by Ernst Cassirer and others, contains a translation of Valla's On Free Will. (See "General Works" at the beginning of this chapter.)

G. W. Bowersock is Professor Emeritus of Ancient History at the Institute for Advanced Study, Princeton. 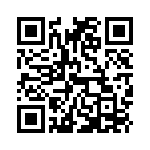