Thomas E. Woods Jr. was born on August 1, 1972. He holds a BA degree in history from Harvard and his masters and PhD from Columbia University. He served as a history department faculty member at Suffolk County Community College in N.Y. until 2006 then moved on to resident scholar and senior faculty member of Ludwig Von Misses Institute in Alabama. He is a N.Y. Times bestselling author of 10 books such as Meltdown: A Free Market Look at Why the Stock Market Collapsed, The Economy Tanked and Government Bailout Will Make Things Worse and Nullification: How to resist Federal Tyranny in the 21st Century. He has also written for several scholarly periodicals such as Historical Review and Investors Daily. He won the $50, 000 first prize in the Templeton Enterprise Awards for 2006 for his book The Church and The Market. He has been the associate editor for the Latin Mass magazine for 11 years. He has also appeared on MSNBC's Scarborough County and Bloomberg Television. 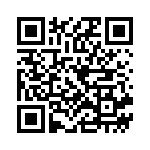