Dr. ONeill founded New Orleans only professional theater company, Southern Repertory Theatre, which she ran for several years while teaching at Tulane and Loyola Universities. She has published a book on acting, one on directing, and many articles on the theater in general. Her plays have been produced at Southern Rep, in London and in Paris, and one, Degas in New Orleans, has been published by Smith and Kraus in Women Playwrights: The Best Plays of 2002. 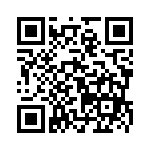