Seite 7 - But the stranger that dwelleth with you shall be unto you as one born among you, and thou shall love him as thyself; for ye were strangers in the land of Egypt: I am the LORD your God.
Wird in 419 Büchern von 1805 bis 2008 erwähnt

PHILIP PERLMUTTER is the former executive director of the Jewish Community Relations Council of Greater Boston and the author of Divided We Fall: A History of Ethnic, Religious, and Racial Prejudice in America (1992), the recipient of the outstanding book award by the Gustavus Myers Center for Study of Human Rights. 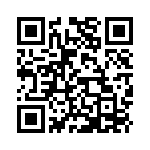