Mitch Albom was born on May 23, 1958 in Passaic, New Jersey. He received a bachelor's degree in sociology from Brandeis University in 1979 and a master's degrees in journalism and business administration from Columbia University. He is an author, a newspaper columnist for the Detroit Free Press, and a nationally syndicated radio host for ABC. He is the author of several bestselling books including Tuesdays with Morrie, The Five People You Meet in Heaven, For One More Day, The Timekeeper, The First Phone Call from Heaven, and The Magic Strings of Frankie Presto: A Novel. Oprah Winfrey produced a television movie for ABC based on Tuesdays with Morrie that aired in 1999 and won four Emmy Awards in 2000. The Five People You Meet in Heaven and For One More Day were also turned into ABC television movies. He has been named the #1 Sports Columnist in the Nation by the sports editors of America. During his career, he has received more than 100 writing awards from AP, UPI, Headliners Club, and National Sportswriters and Broadcasters Associations, as well as had his work appear in numerous publications, such as Sports Illustrated, GQ, Sport, The New York Times, TV Guide, and USA Today. He hosts two radio talk shows for ABC: The Mitch Albom Show and The Mitch Albom Show on the Weekend. He has founded two charities in the metropolitan Detroit area. The Dream Fund, which allows disadvantaged children to become involved with the arts and A Time to Help, which brings volunteers together once a month to tackle various projects in Detroit, including staffing shelters, building homes with Habitat for Humanity, and operating meals on wheels programs for the elderly. 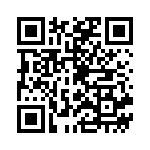