Seite xxvi - These wild things, I admit, had little human value until mechanization assured us of a good breakfast, and until science disclosed the drama of where they come from and how they live. The whole conflict thus boils down to a question of degree. We of the minority see a law of diminishing returns in progress; our opponents do not.
Wird in 36 Büchern von 1918 bis 2006 erwähnt
Seite xi - The aim of the Strategic and Defence Studies Centre, which is located in the Research School of Pacific and Asian Studies in the Australian National University, is to advance the study of strategic problems, especially those relating to the general region of Asia and the Pacific. The Centre gives particular attention to Australia's strategic neighbourhood of Southeast Asia and the Southwest Pacific. Participation in the Centre's activities is not limited to...
Wird in 15 Büchern von 1995 bis 2005 erwähnt
Mehr
Seite xiii - The man who saw dragons: Science and styles of thinking in Xie Zhaozhe's Fivefold Miscellany.
Wird in 5 Büchern von 2004 bis 2006 erwähnt
Weniger

Mark Elvin is professor of Chinese history at the Research School of Pacific and Asian Studies, Australian National University, Canberra. Author of The Pattern of the Chinese Past and other works, he has taught at Oxford, Cambridge, Paris, and Heidelberg, and been a visiting research fellow at Harvard. 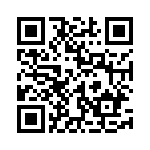