Emily C. Bartels is Associate Professor of English at Rutgers University and Associate Director of the Bread Loaf School of English at Middlebury College. She is author of Spectacles of Strangeness: Imperialism, Alienation, and Marlowe, also published by the University of Pennsylvania Press. 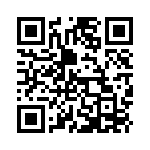