Seite 288
It is also an important consideration in the Freudian scheme: to what extent, for
example, is the superego aware of the behavior of the id? The contingencies
which set up the superego as a controlling system involve stimulation from the ...
Seite 356
... an emphasis on punishment. Because the control is often exerted more
powerfully than by the group, the religious conscience or superego often speaks
in a louder voice than the ethical. Extreme measures 356 CONTROLLING
AGENCIES.
Seite 460
See Verbal summator Superego, 29, 284 Superstitution, 55, 84ff., 350f. Surgery
in psychotherapy, 374 Survival of a culture, 430f. Survival value, of a culture, 434;
of reflexes, 54f. See also Evolutionary explanation Swaddling, 425 Syllogism, ...

In order to get Walden Two published, B.F. Skinner had to agree to write an introductory text as part of the deal, and the result was Science and Human Behavior. Since he wrote the text, an empirical ... Vollständige Rezension lesen 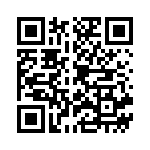