Seite 20
Permit me to make an extraet from the report of the Directors of the Nashville and
Chatenooga road , as to probable profits and business : “ The object of the
friends of internal improvements in the South , one of vital importance to the
whole ...
Seite 31
The despotism in the army an : l nary is inuch more cruel than that among
masters in the South , and Great Britain , “ the bulwark of our religion , " sends her
emissaries to interfere with our institutions and break them up , when the laws in
the ...
Seite 175
On the north this same arm of the sea receives the draining from the valley of the
Rio Grande , the Mississippi , and the Alabama rivers ; on the south , the surplus
waters of the Amazon , the Orinoco , the Magdalena , and Atrato , are emptied ... 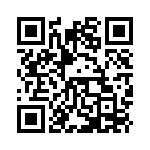