Seite xi
This was published by his grandson , and is contained in the fifth volume of the present edition . The autobiography of Dr. Franklin , as he ... It was first published in three quarto volumes , and afterwards in six volumes octavo .
Seite xii
has recently been reprinted , with some additions , in two volumes of the royal octavo size . There has also recently been published at Paris , in two small volumes , a selection from Franklin's writings , in Spanish , translated from ...
Seite 6
He left behind him two quarto volumes of manuscript , of his own poetry , con · sisting of fugitive pieces addressed to his friends . " He had invented a short - hand of his own , which he taught me , but , not having practised it ... 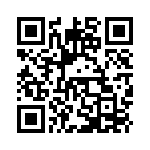