An easily familiar biography of the actress, from a personal friend who fails to connect some of the critical pieces in her puzzle.It's clear from the get-go that screenwriter, novelist, and ... Vollständige Rezension lesen

Gavin Lambert knew Natalie Wood, but he manages to refer to himself very rarely in this biography of the famous actress who drowned mysteriously one night on the family yacht. Nor does he manage to ... Vollständige Rezension lesen 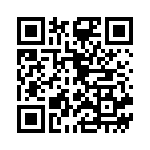