Michael R. Hill holds earned Doctorates in Geography (1982) and Sociology (1989) from the University of Nebraska-Lincoln (UNL). His primary interests are theories, methodologies, and disciplinary histories. He has taught courses in geography, design studies, landscape architecture, urban planning, and sociology during appointments at Iowa State University, the University of Minnesota-Duluth, Albion College, the University of Notre Dame, and UNL. He currently edits Sociological Origins and is a senior tutor in the UNL Department of Athletics. He is the author, editor, and/or co-editor of 11 books, including Archival Strategies and Techniques (SAGE, 1993); Harriet Martineau: Methodological and Theoretical Perspectives (2001); Harriet Martineau's How to Observe Morals and Manners (1989); and Harriet Martineau's An Independent Woman's Lake District Writings (2004). He is helping recover the central sociological works of Charlotte Perkins Gilman: With Her in Ourland: Sequel to Herland (1997), The Dress of Women (2001), and Social Ethics: Sociology and the Future of Society (2004). He recently edited a collection of Gilman's writings on Marriages, Families and Children (2011). He received the American Sociological Association's Section on the History of Sociology Distinguished Scholarly Career Award in 2003 and two Distinguished Scholarly Book Awards, in 2002 and 2005, respectively. 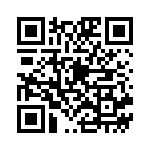