Following Eric Carter's role in the defence of Murmansk, he also saw service defending the skies over England and, towards in the end of the war, in India and Burma fighting against the Japanese. After World War II, Eric forged a successful career in electrical engineering and continued to fly as a private pilot.

Most recently, he was awarded the Arctic Star following a long-fought campaign for a medal to recognise those who risked their lives in the Arctic during World War II.


Antony Loveless is an author and journalist specialising in aviation and defence matters. He was Bureau Chief in Baghdad for the London Press Service during the second Iraq war and since then has worked on RAF projects in the UK and Afghanistan. His previous books include SWEATING THE METAL and THE RAF TYPHOON MANUAL. He lives in Belfast. 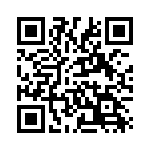