Seite 276
8 While recognizing the operational hurdles and impediments in the delivery of
humanitarian assistance , in carrying out rehabilitation projects , in reconstructing
damaged and destroyed assets , the Triple R framework contends that no ...
Seite 307
The Commission wants New Delhi to amend the Land Acquisition Act in such a
way that the rehabilitation of displaced persons becomes an integral part of the
project . There can be no uprooting until the project makes arrangements for ...
Seite 350
... Bongal Kheda campaign of ethnic cleansing , 15760 ; British rule , 144 , 145 ;
demographic imbalance , 160 ; development and displacement , 166 , 167 ;
ethnic violence , 148 ; government's rehabilitation plan , 173n 23 ; IDPs , 159 ;
influx of ...

Paula Banerjee specializes in issues of border and borderlands in South Asia. She has published extensively on issues of gender, forced migration and peace politics. Her recent publications include a volume entitled Borders, Histories, Existences: Gender and Beyond (2010). S he has edited a volume entitled Women in Peace Politics (2008) and co-edited books on Internal Displacement in South Asia (2005), Autonomy beyond Kant and Hermeneutics (2007) and Marginalities and Justice (2009). S he has been working on themes related to women, borders and democracy in South Asia, and has published extensively in journals such as International Studies and Canadian Women’s Studies on issues such as histories of borders and women in conflict situations. S he was the former Head of the Department in the Department of South and Southeast Asian Studies, University of Calcutta, and is currently Associate Professor in the same Department. She is also the Vice President of International Association for Study of Forced Migration.

Sabyasachi Basu Ray Chaudhury is Professor at the Department of Political Science, Rabindra Bharati University, Kolkata, and member, Mahanirban Calcutta Research Group. He is known for his work on international political theory, politics of globalisation, democracy, rights and justice in South Asia. His recent publications include Indian Autonomies: Keywords and Key Texts (co-edited with Ranabir Samaddar and Samir Kumar Das, 2005) and Internal Displacement in South Asia: The Relevance of UN’s Guiding Principles (co-edited with Paula Banerjee and Samir Kumar Das, 2005).

Prof. Samir Kumar DAS is presently the Vice-Chancellor of the University of North Bengal. A Professor of Political Science at the University of Calcutta, Kolkata (now on lien) he is a member and an Honorary Senior Researcher of the Calcutta Research Group (CRG). Besides being the Coordinator of the UGC-DRS Programme on ‘Democratic Governance: Comparative Perspectives’, he was a Post-Doctoral Fellow (2005) of the Social Science Research Council (South Asia Program) based in New York. He specializes in and writes on ethnicity, security, migration, rights, justice and democracy and lectured widely in premier academic institutions in the USA, Finland, France, Italy, Sweden, Belgium and many other countries on various assignments. 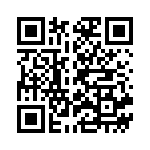