Susan Wolfson is Professor of English at Princeton University. She is the author of several critical volumes on poetry of the British Romantic era and the editor of critical editions of Dr. Jekyll and Mr. Hyde and editions of Byron, Hood, Praed, Beddoes, as well as the "Romantics" unit of the Longman Anthology of British Literature. 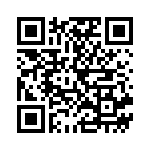